Biking down the Cotopaxi volcano.

Freedom is a concept that has both enthralled and horrified humanity for its entire existence. It is hard to define because of its fluidity, its tendency towards subjectivity. It varies between ages (both historical and chronological), cultures, ideologies, individuals, and any other subcategory of the human race. In John Stuart Mill’s famous essay “On Liberty”, he describes it as such:

The only freedom which deserves the name, is that of pursuing our own good in our own way, so long as we do not attempt to deprive others of theirs, or impede their efforts to obtain it. Each is the proper guardian of his own health, whether bodily, or mental and spiritual.

Perhaps in its most compact, concentrated definition, freedom is simply the ability to choose.

Having spent the last almost 5 months traveling, for the most part on my own, freedom, my own personal definition and more importantly its consequences, has been on my mind a considerable amount of the time. I have never felt more free in my life and most days that is an amazing and incomparable feeling. But freedom is not a synonym for comfort. In my freeness, there have been times where I’ve been sure I was about to be kidnapped or worse, where I had no place to sleep, where I couldn’t wish for anything more than people who loved me to hold me in their arms and take care of me. Like I said a few entries back, freedom often comes at the expense of security. But from the best to the worst moments and everywhere in between, freedom is the overarching theme of this entire journey.

Let me give you a little insight into my past and present life: seven months ago I was working at a job I hated five days a week from 8:30 to 5, for bosses who wanted only my silence and obedience and often used humiliation as a means to achieve that end. I spent my days staring at a computer screen making spreadsheets and searching for decades-old paper documents in archives organized as well as Bogotá’s bus system (which is to say not at all). I made only enough money to cover my bills and the minimum payments on my credit cards. For my efforts, the most vacation I could hope to get was 10 days per year. Every single morning I woke up and thought desperately of any viable way that I could avoid going to work that day. Don’t get me wrong, my life was still pretty great, but free was not something I thought of myself as being. Despite living in a city I worship, with friends equally deserving of adulation, I felt trapped and unhappy at least 40 hours a week and that is no way to go through life.

Seven months later, I feel joyful almost every day. I wake up most mornings and I and I alone decide what to do with myself that day, or, if I am on some kind of schedule, it is because I chose to be. I often think that if I were to die right now (which of course I hope doesn’t happen for, say, 70 years), I would be absolutely content with what I have done with this one life. Even in my moments of bowel-gurgling fear or crippling loneliness, there is a revitalizing quality to knowing that I have willingly made the choice to be here, not out of some “responsibility to society” or obligation or some mindless and robotic forward motion, but because of a willingness to risk everything in the search for my own joy.

But freedom has a price, like everything. To be truly free, you can have no ties to people or places or things, or at the very least, you must accept that they will come second to your freedom. But I am not willing to give up the people I love in order to maintain indefinitely my freedom. I am not willing to think only of my own happiness at all times at the expense of the happiness of others. There are a relatively large number of people in my life whom, if they asked me to come back because they truly needed me there, I would drop everything and run to. But they have not asked and so the exhilaration of freedom continues to fill me like some euphoric stimulant. I know I said a few weeks ago that freedom means not always coming when you’re called and I still hold to that, but there are things that rival freedom and love is one.

When I was 19 I got a tattoo on my back of a swallow flying out of a gilded cage with “La Libertad” in script below it. At that time in my life, freedom meant living on my own, enjoying the fruits of preliminary independence. But freedom’s meaning for me has changed since then, become deeper, and in this moment, I believe freedom is the ability to take advantage of opportunities that come up unexpectedly. To be free means to rely on your own body and spirit and intellect to find your place in a world in which most people, for a variety of reasons, remain in the same place they have always been. As Dylan Thomas said in his story “The Peaches”, “I was aware of me myself in the exact middle of a living story, and my body was my adventure and my name.” Sometimes you are offered things which to decline would be akin to spitting at the feet of Fortune. Sometimes these opportunities are in direct opposition to your “plan”. Sometimes to accept would be to change your mind again and again, at the risk of seeming fickle or indecisive. Opportunity cares not at all for any of these things. You take it as it comes or it passes you by.

On that note, I’ve been offered a room in a beautiful house in Cuenca, Ecuador, in the same country that I wrote about being reluctant to leave last week.

Parque Nacional de Cotopaxi, about an hour outside of Quito 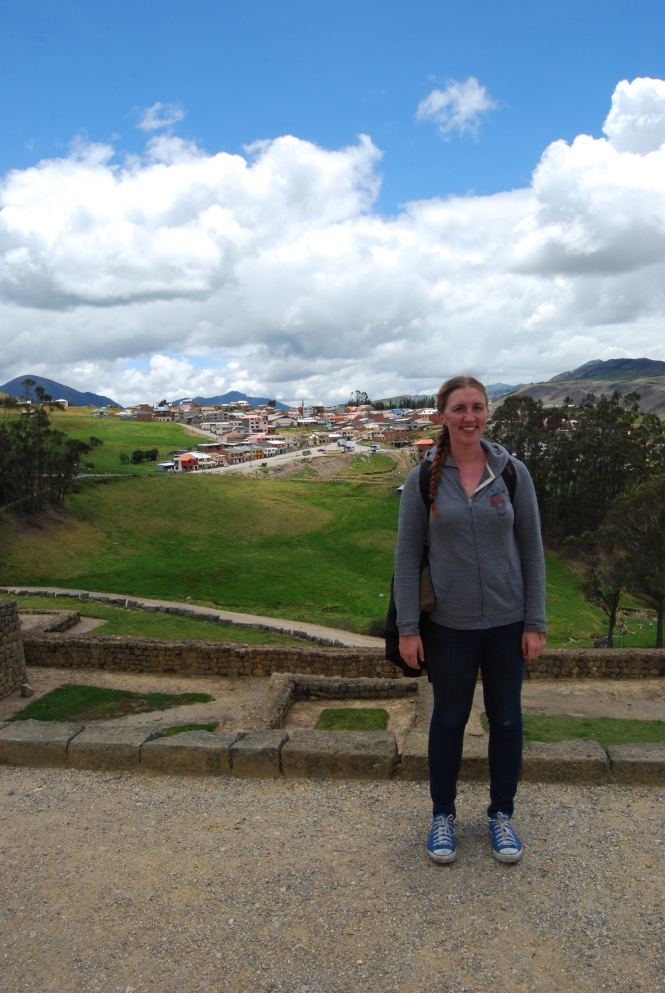 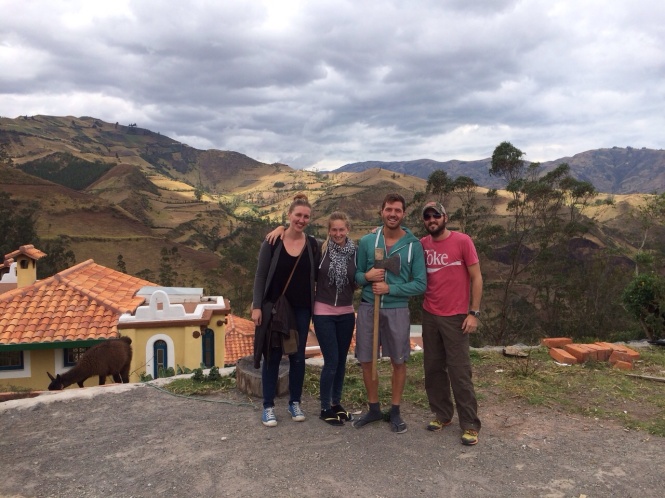 Isinlivi, the tiny town I ended up in when I fucked up doing the Quilotoa Loop. 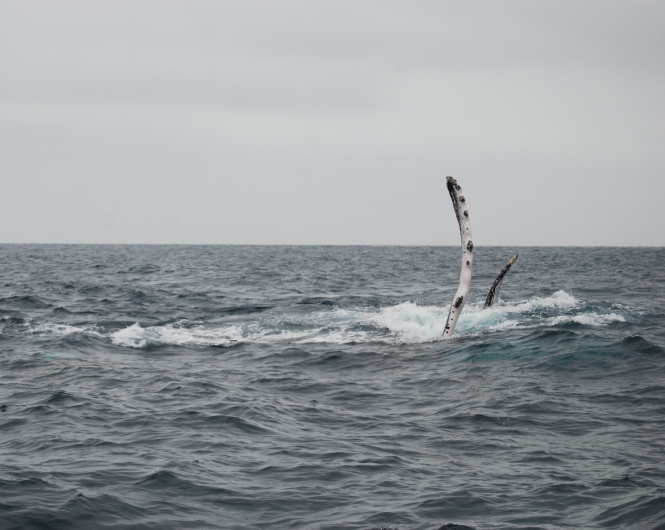 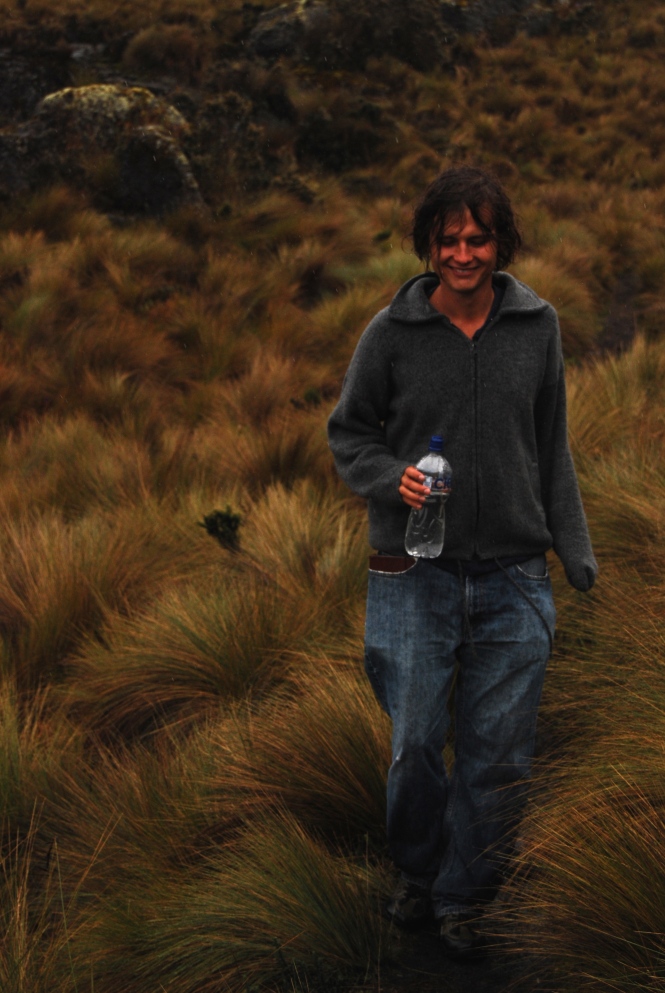 On the Cuyabeno river in the Amazon

I had another big theme planned for this week, but I think I’ll ruminate on that one for a while longer and keep this simple. I’m finally leaving Ecuador. While originally planning my trip, this country was little more than the space between Colombia and Peru in my mind, and yet I’ve stayed here for three months, making it the country in which I’ve stayed the longest, regardless of the fact that it’s also the smallest. The only reason I’m leaving is because my tourist visa expires on Sunday. That, and my flight home leaves out of Lima.

I have loved every moment of my time here: the fuckups, the moments of anxiety, of awe, of absolute heartrending perfection, from sitting alone on the end of a rock jetty in the Galápagos to sitting in a beach bar playing Scrabble with expatriates to biking down a volcano. But everywhere I’ve been I have also been glad to leave, if only in delicious anticipation of the next unknown. Everywhere, that is, except for Cuenca.

I knew it as soon as I got here, which is why I extended my stay from a few days to a few weeks. Something about Cuenca struck some corresponding thing in me and it has continued to vibrate for the entire almost-month I’ve been here. I’ve only had this feeling once before, and that was Paris, a city which still inspires me, of which I still dream. There are many possible reasons for this: it reminds me of Querétaro (where I lived in Mexico), I have already found a niche in which I could be happy, and I have had more concentrated fun here than anywhere else…

All I know is that this will be the only place I’ve been in the last four months which will hold onto a piece of me when I leave it, a kind of nostalgic calling card to remind me of what I’ve left behind and what I could one day come back to if I choose. This will be the only city I move on from where I will feel as if I was saying goodbye to a long-lost friend whom time and circumstance were coercing me to abandon too soon.